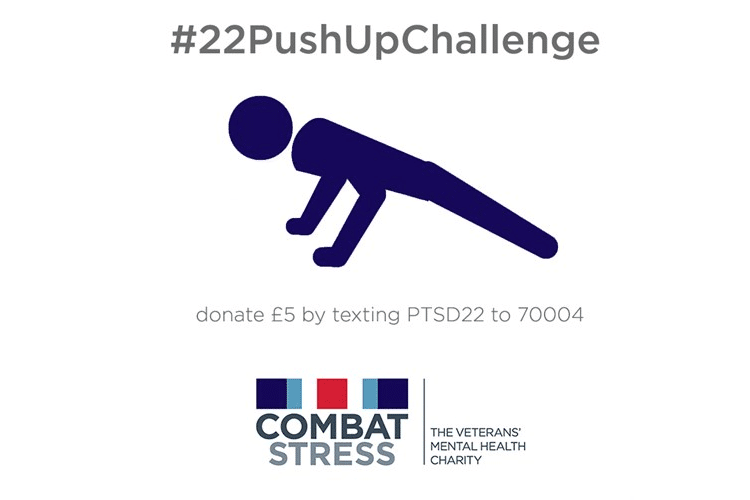 Around this time two years ago Facebook was full of people pouring freezing cold water over themselves or others. This summer, it appears the #22PushUpChallenge in aid of Combat Stress is the latest awareness campaign to capture the imagination. But why? What has made these two campaigns so successful?

As someone involved in marketing, I am always trying to make things as simple as possible. If you want people to buy your product, dine at your restaurant, choose your IT company over another, then you need to give them clear and persuasive reasons to do so.

The simpler your messages, the easier they will be to communicate to people. What the ALS ICE Bucket Challenge and #22PushUpChallenge campaigns have done so successfully is to identify what their most persuasive key messages should be. Then they came up with a simple, accessible, easy and shareable way to communicate those messages.

In the case of the push up challenge, a US Marine decided that because 22 veterans with Post Traumatic Stress Disorder commit suicide each day, he would raise awareness of this by filming himself doing 22 push ups a day for 22 days. He published the videos on Facebook. After seeing the videos, lots of other people decided to do the same; most likely for several reasons.

They wanted to support a worthwhile cause – donating to Combat Stress or funding research into Amyotrophic lateral sclerosis, also known as motor neuron disease.

Perhaps, it was because both activities were fairly simple things to do – pouring cold water over someone or doing push-ups don’t take long to set up and the instructions are really clear.

There’s an element of enjoyment and fun in both, especially watching the expressions and reactions of someone when ice cold water hits them! The light hearted nature of the campaign and the use of video are ideal for sharing across social media. The footage and photos taken by onlookers was perfect for YouTube, Instagram and Twitter as well as Facebook, which further increases the campaign’s reach.

Both campaigns gained momentum quickly as there was a sense of urgency. In the ICE Bucket Challenge people had to act within 24 hours of being nominated, which allowed the campaign to spread. The push up challenge is more of a commitment but people are doing it and 22 days highilghts the number of daily suicides and increases the chance of people seeing the videos.

A final thought, is that both campaigns make people feel better. Participants are helping genuinely good causes and having a good experience at the same time. There’s also a sense of community, being part of a group of people all taking part in the same activity. Receiving that nomination invites you to join the community, which is a very powerful motivator – we like to be involved in things that our friends are doing and don’t want to be left out.

Capturing people’s imagination and encouraging them to participate in something is really difficult and for every #22PushUpChallenge or ALS Ice Bucket Challenge there are lots of less successful campaigns but by keeping things simple and trying to include an element of fun, urgency, sharing and reward you’ll have a better chance of engaging with people.

Earlier this year, Twitter drew the attention of many by teasing that its character limit would rise by over 7000% to 10,000 – a major change for a platform centred around being brief. For now, though, it seems this idea has been put on the back-burner, with Twitter execs deciding to instead focus efforts on providing users with more characters without impacting the unique experience offered by the platform. 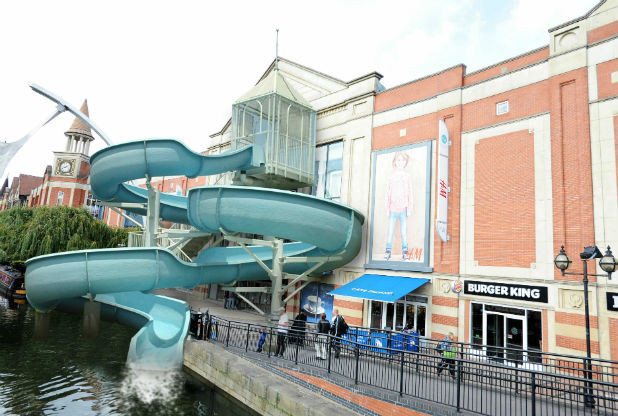 Last week’s April Fools’ Day was a bit of a damp squid for me. Not because there was a lack of creative, funny and almost believable April Fools’ Day stories doing the rounds but because of the way a lot of people reacted to them.

April Fools’ Day has historically been an opportunity for brands and their audiences to share a lighter moment. The day has been a chance for publicists to slacken the chains of creativity and come up with harmless stories that make people ask ‘Really? Are they really going to do that? Surely that’s not true? Is it?’

I remember Uri Geller encouraging breakfast TV viewers to place a slice of bread on top of their TV as he was going to toast it using the power of his mind! My grandpa nearly wet himself as I became an April Fool. I was only about 10, I hasten to add. Previous generations have also been duped by spaghetti growing trees, BBC staff fighting behind Des Lynam as he presented Grandstand, and Big Ben going digital to keep up with the times (sorry!) More recently, Burger King introduced the Left Handed Whopper and YouTube RickRolled us to watching Rick Astley’s Never Gonna Give You Up far too much.

Two years ago, Lava ‘discovered’ the world’s oldest store loyalty card in the foundations of the Waterside Shopping Centre during the mall’s redevelopment. Quite a few people came into the centre to look at it when it was displayed between 9am and midday, and I don’t think anyone moaned about the prank when they found out it was an April Fools’ Day joke.

This year, we were once again behind a 1st April prank for the centre. We joined several local companies who issued humorous, fictitious stories for the media to cover (if they wanted to join in the fun). Further afield, Mumsnet Jobs announced it was partnering with NASA and the European Space Agency to find the perfect mother and baby team to go into space as part of a trial investigating the viability of space travel for infants. Professor Green Tweeted that he was changing his name to Professor Green Tea as part of a deal with PG Tips and Honda introduced the first ever emoji number plate.

What I noticed this year was the amount of people who took to social media to berate companies and organisations about their 1st April stories. Some people even got political and expressed their disbelief that taxpayers money was being used to fund these far-fetched, ludicrous developments.

Has it always been this way? Have people always reacted to April Fools’ stories in such a negative way or has social media given the ‘angry minority’ a louder way for them to air their views? I don’t know.

What I do know is that when you’re planning an April Fools’ story you need to be very careful indeed. Look at Google and its plans for a Mic Drop feature in Gmail.

“Today, Gmail is making it easier to have the last word on any email with Mic Drop. Simply reply to any email using the new ‘Send + Mic Drop’ button. Everyone will get your message, but that’s the last you’ll ever hear about it. Yes, even if folks try to respond, you won’t see it,” the firm said on its Gmail blog on 31st March.

The internet giant introduced Mic Drop to millions of Gmail accounts. Unfortunately, an error in the programming, meant that the feature went live when people clicked the normal send button instead of the Send + Mic Drop button. For some users, the feature was live for 12 hours! Obviously, this had a severe impact on people and shows what happens when brands take things too far.

Businesses need to think very carefully about how they communicate with their audiences and the way they try to engage with people. If they get it wrong, social media now gives people – even if they’re a minority – a very loud way of venting their frustrations.

Whether it’s an April Fools’ Day joke that people don’t think is funny side or a delayed train or plane, people now have a way of making their feelings known without entering into a face-to-face conversation and this is giving consumers confidence to come back at companies. No longer will people say to a waiter that their meal was fine even though the steak was burnt – they’ll Tweet their opinion or post it on Facebook or TripAdvisor for the world to see.

On the whole, this is a good thing, as complaints, if justified, give companies a chance to make improvements.

However, it also gives people a chance to type first and think later. My worry is that marketers will become too cautious and overly concerned that publishing anything light-hearted, especially on 1st April, will just result in a wave of negativity and we might lose the tradition all together.

There you go. I’ve said it. Right at the start of this piece, I’ve set my stall out..

You can’t say anything in 140 characters. It’s difficult to work creatively with images and video. It’s nearly impossible to find anything useful in your Twitter stream when you follow thousands of people in order to get them to follow back.

Okay, that’s a bit harsh. Twitter has its role. I use it a lot for getting news out, pointing people to websites and, in a personal role, for finding session plans for football training.

However, I don’t think I’ve ever managed to sell anything for a client via Twitter or have meaningful and productive engagement with people interested in my clients’ services. All of that is achieved by using Facebook.

Facebook, to me, is just simply better than Twitter from a marketing perspective. Facebook allows greater creativity. It provides better analytics. Yes, it’s a business, and given recent changes to Facebook’s business model, marketers are having to pay a little to reach people, but it’s worth it.

Let’s look at what you can achieve with Facebook.

What all of these factors give you is greater scope for creativity. The more creative you are, the better the chance of creating engagement.

We’ve run several Facebook campaigns. Not so long ago, we used Facebook as the platform for our Hallo’win promotion. People received a pumpkin from us and were challenged to carve it, post their pictures on our Facebook page and then ask people to Like their pimped up pumpkin. The artwork with the most likes on 31st October won! Not only did this promotion get people engaged in a fun activity, but people shared our promotion with their friends.

Just last week, we set up a Facebook page for an event that we’re helping to organise. With just one promoted post, we directed 93 people to the box office page on the event’s website and generated 30 sales. Just as important, people are still sharing our post, so that one piece of marketing activity is continuing to deliver a return.

For that very same event, we’re also able to answer people’s questions, direct them to the event website and provide customer service all within an environment they’re comfortable with.

We also have a Twitter stream, Instagram and YouTube account set up for the event. Yes, we will push our news out in 140 characters and shortened links. Yes, we will publish photos and videos. All of these social channels have their place in our campaign but for me, the one social media channel above all others that I Like the most, is Facebook.